“The liberty of a democracy is not safe if the people tolerated the growth of private power to a point where it becomes stronger than the democratic state itself. That in its essence is fascism: ownership of government by an individual, by a group, or any controlling private power.”

The revolution that open media platforms Twitter, Facebook, Google and YouTube created in the mid-2000s is undeniable. The new technology allowed for breakthrough abilities in communication and free speech to the likes of which the world had never seen before. The tycoon platforms would maintain their decentralised system for a little over ten years. Until 2016, where a mixture of too much power, left-wing boardrooms and the 45th President of the United States collided and the world began to witness the shutdown of freedom of speech.

The first notable writer to be banned was conservative Milo Yiannopoulos in 2016 on Twitters platform. This new behaviour would create a floodgate effect and see a barrage of writers and commentators silenced which included Jordan Peterson, Alex Jones and Dennis Prager just to name a few. Mr. Prager founder of Prager University would even go on to file a lawsuit against Google. Prager said Google is “transparently ideological” and “there is no question” that they censor conservative information. The court case came to no prevail with the judge ruling YouTube isn’t a “public forum” run by a “state actor.” Prager would hit back stating “Google needs to say, ‘The truth is, we are not a conduit for free expression. We are here to, in fact, promote our views that are on the left.”

Being taken to court would not seem to halt the purge of political pages. Nor understand that an anti-free speech communication platform would lose its value. So much so that in 2018, Facebook announced it had removed more than 800 political pages and accounts. This sudden change from a decentralised platform to a centralised platform among the uprising of distrust and fake news, has seen Facebook lose 15-million users in the U.S since 2017. Most of whom were millennials and teens.

This evolution of once great media behemoths has left many conservative and liberal free thinkers to jump ship to new platforms. The emergence of free and unregulated platforms such as minds and telegram are beginning to gain momentum. Especially as Google and Facebook continue to ban commentators that don’t share their ideology. We are living in a time now where the world is both incredibly fascinating yet equally frightening. I am fascinated by how Google and Facebook don’t seem to understand that freedom of speech and communication is what made them their global revolution. But I am equally as frightened that they would power trip and actually take away people’s freedoms and silence those who don’t share their opinion. 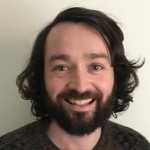 Is the Coronavirus Pandemic A Great Swindle?

Hate Speech Is a Meaningless Term