The 29-year-old New South Wales man charged now with 51 counts of murder, 40 counts of attempted murder and a one count in engaging in a terrorist act, has entered a “not guilty” plea.

Brenton Tarrant maintained a calm appearance over a video link from a high security prison in Auckland. He even smiled and smirked on numerous occasions causing anger from the packed-out courtroom which included about 80 family members of the victims and people who were injured during the March 15th double mosque shooting.

Tarrant is currently being represented by Shane Tait and Johnathan Hudson but is has been reported that he is planning to act as his own defence when his trail starts on May 4th next year.

Tarrant did not say anything during the half hour hearing, and it has been reported that after his lawyer entered the “not guilty” plea, he proceeded to wink and smile at the camera.

Tarrant is the first person charged under the Terrorism Act in New Zealand.

Since the shooting the New Zealand government has tightened the countries gun laws, baring the use of semi-automatic firearms. There is also talk on strengthening laws centered on combating “hate speech” and “online extremism.”

The courts are currently assessing whether Tarrant will be mentally fit to stand trial next year and the next hearing has been set for august 16th. 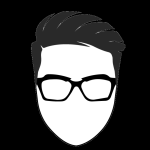 The Uncuckables Ep. 38 Did Someone Say $8 Million?