It has now been over a week since Coronavirus toilet paper panic buying began to plague our nation, and it seems like people are still unwilling to learn from their mistakes. The shops have faced mass shortages on toilet paper, tissues, hand sanitizer, pasta, and rice. In what should have been an event that unified everyone with the common goal in eliminating this virus, it has instead shown us the worst in people.

There was no particular reason as to why people engaged in this behaviour, as we weren’t as a country facing supply problems nor were we told that these items were essential and a must to stock up on. The conclusion behind this chaos was simply due to herd mentality. As soon as people started seeing a few panic buyers filling up their trolleys with these particular items, they felt the need to do the same as perhaps those people knew something they didn’t.

The word spread like wildfire and soon enough we became the laughing stock of the world. If it was a necessity for us to bulk up on these items we would have seen other countries also following suit. Instead, we were left scratching our heads as to why so many people were so easily manipulated, which made us also contemplate why so many bad politicians keep on getting elected when it now seemed so clear as to who it was that was aiding our failed system.

At first there were many that cited that we could be facing supply issues due to some of these items coming from China and not being able to make the journey to our shores quick enough. This, however, has been debunked as we continue to receive shipments on a daily basis but the demand has ensured that shelves will remain empty for quite a while.

The Unshackled spoke to several people working at different stores and they all painted a grim picture. First off an employee of a Coles store when asked when they would be getting more toilet paper replied that they get pallets coming in every morning but due to the demand it sells out in 10 minutes. Likewise at Aldi people have been lining up at the front of the stores at 8:30am every morning and take whatever they can get their hands on, leaving the shelves completely empty for the rest of the day. At Coles in Roselands (Sydney) we saw a video of a man throwing toilet paper out to customers that were able to strip a pallet bare in less than a minute.

Another video filmed at a Woolworths store in Revesby (Sydney) showed a 7am rush by many people wanting to get their hands onto as much toilet paper as they possibly could. When many of us witnessed footage like this we came to the conclusion that these people looked no different from vultures scavenging for food.

The Unshackled decided to approach a wholesaler to gauge his views on this crisis. He told us that although he usually stocks toilet paper, he will no longer sell it as it wasn’t worth the chaos that it brought. He also told us that he had seen many warehouses in Sydney that received pallets worth of toilet paper, but many of these were bought by Chinese people and were sent back to their country of origin.

This was a similar situation to what was happening with the baby formula that was being sold overseas for big amounts of profit, leaving Australia with major supply issues at times. Whether it is Chinese people buying pallets worth or moronic local consumers, both have played a detrimental role that has caused the many problems that we are currently facing.

Just when we thought things couldn’t get worse, videos of fights between customers over toilet paper surfaced onto social media. In the first video that was filmed at the Woolworths store in Chullora (Sydney), we saw 3 women belting each other over Australia’s most sought after commodity. Two of the women which seemed to be a mother-daughter team had stacked a trolley full of the product, and when another lady called them out on their greed and said that she was just after one bag, things began to escalate which caused the store to call the police and resulted in 2 women being charged with affray.

Another video surfaced recently from a Coles store in Melbourne that showed an old lady and another customer getting physical after they were fighting over what looked to be the last pack on the shelves. The level of humanity and common decency at this point reached depths that were unanticipated.

One thing that many people can’t work out is why people chose toilet paper rather than food and water. You can definitely tell that these people weren’t preppers and if faced with a doomsday scenario they will have no chance of survival. Toilet paper will prove to be useless if you are out of food. Many shelves in our supermarkets look like a snapshot of what life would be in a third world communist country. When we face such a situation as this, and we see people consumed by absolute greed, we really need to take a look at why society has swooped to such lows.

Our most vulnerable citizens, the elderly, miss out and have no chance at securing a bag of toilet rolls as they don’t have the means of travelling early in the morning and waiting in a long line. When they do then have the chance to drop into the local supermarket they are left stunned and unable to comprehend the empty shelves that could have all been avoidable if people practiced common decency. Many opportunists have also started selling toilet rolls for unbearable prices over the internet as people take advantage and fuel this crisis we are in.

Individualism, which many parrot as a great philosophy has shown its flaws. Rather than people helping each other out, they result to a dog eat dog mentality that ultimately leaves many suffering from a loss of a supply that should always be available. There are many theories as to what caused this and whether there are agendas behind it, but as much as it may be important to get all the necessary information so that it confirms what we have the right to know, that is of little importance when compared to seeing the damaging effects of the reaction that it caused.

The people either directly or indirectly were put to a test here, and we failed miserably. It showed that nobody used commonsense and instead like blind sheep chose to be manipulated simply because everybody else was. The one thing that we can take from this is that we learn from these mistakes by exposing the problems and making sure that in future hardships we never result to the same methods again.

Although trying to remain optimistic, it looks like we may go through the same pattern of events but this time with fuel. Given that oil prices have crashed and many reports suggest that fuel may drop to as low as $1 a litre, history may repeat itself sooner than we think. Whether or not people want to believe it, this experiment just showed how easy it was to control large masses of people, and if this becomes a commonality, we are in deep trouble. 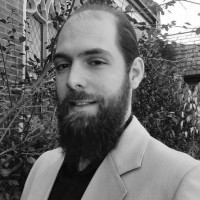