Al Gore’s ‘An Inconvenient Truth’ made some serious claims, and with all serious claims it is important that we all employ a great deal of scepticism when a politician, or environmental activist in this case, tells us that they have some elaborate scheme that will ‘fix’ some societal issue. As with any politician or activist, Al Gore has his own motives that drive him, and his motives affect us, and therefore it is our duty to be weary of his claims.

‘Global warming’ is one of those societal issues that politicians and activists believe they can solve by taxing and regulating industry to the point where it has no oxygen to breathe, grow, prosper and innovate, and create jobs.

Kevin Rudd for instance had the terrible idea of introducing an ‘emissions trading scheme’, followed by the carbon tax under Julia Gillard that dramatically increased the average power bill for working families under the noble intention to save the planet.  Rudd met with Al Gore several times during his calamitous tenure as Prime Minister, and he was an apparent admirer of Gore.

Al Gore has made millions pushing climate lies. Gore’s highly flawed global warming alarmist film ‘An Inconvenient Truth’ has had several of its key claims debunked over the years, for instance Mount Kilimanjaro still has snow on it to this day.

Another key claim of Gore’s was that the weather was going to get worse and worse to the point of Armageddon, he said, “And of course when the oceans get warmer, that causes stronger storms” he then went on to claim “That same year that we had that string of big hurricanes. Also at an all-time record for tornadoes”.

Gore’s claim is more hype than actual science, since storms aren’t more extreme since 2006. In fact, not even findings from the UN’s intergovernmental Panel support Gore’s claim. In fact, the IPCC found in 2013 “there is ‘limited evidence of changes in extremes associated with other climate variables since the mid-20th century.”

Further, The IPCC also found “no significant observed trends in global tropical cyclone frequency over the past century” and no robust trends in annual numbers of tropical storms, hurricanes and major hurricanes counts have been identified over the past 100 years in the North Atlantic basin.” This should be the nail in the coffin of Gore’s ‘the inconvenient truth’.

The alarmist claims, as those made by Gore, no matter how good their intentions were have led Australia down a dangerous, untrodden path, a path that has caused serious strain on working families and decimating our manufacturing sector, through power bills increasing as much as 30 per cent in Victoria.

Now I implore you take notice of what the late Nobel prize recipient for economics Milton Friedman had to say on the matter of politicians and policy in general “One of the great mistakes is to judge policies and programs by their intentions rather than their results.” Rudd may have had good intentions but the consequences of his actions were dire to our nation. What made the Australian economy competitive was our cheap and reliable power, this is how we afforded to have high wages. We cannot have high wages, and high-power prices and be competitive in a globalised economy.

The climate policies of subsequent Labor and Coalition governments, albeit their intentions, haven’t made one iota difference to the global climate temperature in general, for instance the Paris Climate Accord is only predicted to reduce Global temperatures by 0.05 degrees yet it is set to have detrimental effects on our economy.

Government policy has increased power prices, pushed the manufacturing sector to the brink of collapse in some instances (alongside hyperinflated wages created by Unions), the increasing power prices nearly forced the Alcoa aluminum smelter in Portland to shut down, until it received 230 million dollars in corporate welfare from the Turnbull and Andrews governments. Alcoa would have still been a sustainable business if it was not for the government meddling in the energy sector with over-regulation and high taxes and the diminishing supply of power caused by the closure of Hazelwood.

We cannot afford to lose more jobs, like those lost at Hazelwood, we cannot keep doing what we are doing and expect different results. That is a hallmark of insanity.  We need to open supply of alternative energy by removing moratoriums on such things as fracking. We must also consider Uranium and or Thorium (which poses much less danger than Uranium) to power our nation as well (France for instance does this with few problems, and we have only had one major nuclear disaster in the first world in 40 years & and France is one of the lowest emission nations on Earth) and our current clean coal operations also have a place to play in powering Australia.

We must also ensure that any climate agreement Australia enters is in our national interests, that is to say that it puts ‘Australia First’.  We need to bring back common sense. We need to have affordable electricity so our industries can compete globally, and so staying warm at night is not only a luxury the rich can afford. 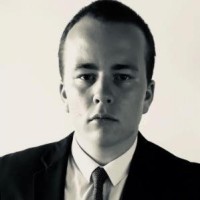