Andy Fleming, also known by his pseudonym “Slackbastard”, has tweeted his disdain at the audacity of global tech giant Google for “accrediting” Australian alt-media platform The Unshackled, by allowing it on its Google News service. Labor MP Tim Watts, who obviously follows Slackbastard, chimed in with his agreement.

Slackbastard is a self-described anarcho-communist blogger who promotes various Antifa groups among other left to far-left activists and organisations. Antifa, as has been said many times across Pop & Locke but it bears repeating, is an officially designated terrorist organisation.

Now I should be clear; I support absolute freedoms of speech and association. But it needs to be stressed that there is simply no equivalency between how mainstream journalists, politicians and public figures force the Right to police associations, speech, and interactions on its own side and have no parallel expectation of the Left.

Sky News suspended the staff of an entire show, faced an advertiser boycott and had to have their CEO issue a formal apology for daring to interview  nationalist figure Blair Cottrell. (I mean God forbid the media present the public with any genuine variety in political figures!)

Anyone who even attends the same rally as Blair Cottrell is seen as an advocate of racism and Neo-Nazism because Cottrell once identified as one.

But a Labor MPs buddying up to advocates of domestic terror groups is just not newsworthy. Andy was even recently interviewed by “Australia’s leading Criminal Defence Firm”, the civil libertarians and champions of the people at Sydney Criminal Lawyers! Here is some totally-not-political-violence being advocated by the very harmless and friendly old Andy;

The deeper irony is that Google’s corruption and complete monopoly on information is of course an Orwellian technocratic nightmare the likes of which Labor’s progressivism and Slackbastard’s anarchism supposedly exist in violent opposition to.

But instead of opposing the new orthodoxy, leftist and anarchist groups advocate for its harsher implementation. They just deem the proper use of technocratic totalitarianism the kind that will be to their personal likings.

Jack Reidy is the Editor of Traditionalist philosophy and culture blog Pop & Locke and host of the weekly podcast Revolt! 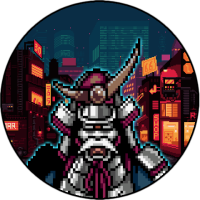