“All of them deserve miserable deaths while feminists laugh as they take their last gasps. Bonus: we castrate their corpses and feed them to swine? Yes.”

This is likely one of the most explicitly murderous expressions you could find someone from the civilised world willing to attach their name to.

Christine Fair is currently an associate professor in the Security Studies Program. According to the school’s website, “The program’s graduates have filled key positions in the U.S. and foreign governments, the defense industry and the private sector, research institutions, and non-governmental and international organizations.”

Oh goody, so there is a direct extremist-professor-to-US-Government-pipeline.

My other concern is that the school appears to teach criminology, and this woman has absolutely done away with any regard for standards of proof or evidence. I’m merely a right-wing blogger with a very extremely small following, and even I would never make such a bombastically slanderous claim based on such flawed evidence.

But you shouldn’t be worried about these cute little inflections (One Guardian writer recently justified Sarah Jeong’s anti-white racist tweets as being just a “career opportunity”). Her calls for the murder of “white men” were just a social experiment, as she told the Washington Post:

An experiment, she insisted. A little bait tossed into the wilds of the Internet, to see what species of hate it would attract.

“Maybe this was not my most eloquent attempt,” Fair told The Washington Post this week, after her Twitter account had been suspended, her villainy declared across the conservative media, and her school was fielding questions from reporters. “And I will certainly concede I was attempting to make people feel uncomfortable.”

Have you ever seen such minimisation?

The Washington Post piece goes on to paint Fair as an edgy feminist warrior of the hashtag Resistance smashing the patriarchy with her blog “Tenacious Hellpussy: A Nasty Woman Posting from the Frontlines of F—ery”.

“The idea you can effect change by using the normative language expected of someone with a PhD is false,” Fair said.

At least, not when you’re female.

Oh, now her tweet makes sense. Fair is also a contributor to the Washington Post, which the author of this article thought not to tell the readers upfront.

Anger and frustration built up inside her, exacerbated by what she said was years-long sex abuse as a child.

And one day she thought “Damn it, I’m done,” she said, and decided to let everyone hear what rage sounds like.

“The idea I am expected to respond to systematic rape culture using florid prose is preposterous,” she said. “It’s another way to discipline women’s bodies, by asking us to discipline our rage.”

The article continues you-go-girling her degenerate behaviour in this fashion, including a heroic portrayal of the time she threw such a fit over sharing a gym with Richard Spencer that she got his membership cancelled, and the time she swore at and called German Police sexist Nazis for making her dispose of her liquid deoderant.

“I aim to create language that creates as much discomfort as I am forced to feel in this regime,” Fair said, turning back to last week’s Kavanaugh hearings. “I cannot tell you the rage and hurt it feels as all of those men on that Judiciary Committee kicked sexual assault survivors in the gut.”

As Fair’s “castrate the corpses” tweet pinged around the Internet, a reporter for the right-leaning outlet Campus Reform sent her a perfectly polite email.

“Good Afternoon Prof. Fair,” she wrote. “I am writing to request a comment for an article . . . please let me know.”

Fair did comment. Specifically, she responded via a furious 2,400-word blog post that addressed the Campus Reform reporter as “Aunt Lydia,” a fictional TV and book character who indoctrinates women to be raped. “Do you think complicit women and lousy men will be less likely to slut shame you because you are one of their paid-keyboards?” she wrote. “No, Aunt Lydia.”

So now we can see her for what she really is; an extremely vindictive cat-lady who wants to drag people down into the misery pit she has dug for herself.

Nobody with half a brain is fooled by the way the left gaslights on this issue. There is no possible variation of the characteristics in Fair’s tweet that would enable a reasonable doubt that she was advocating for genocide.

Genocide is a fairly newly defined idea, given to us under Human Rights Law. it is defined in Article 2 of the Convention on the Prevention and Punishment of the Crime of Genocide (CPPCG) of 1948 as “any of the following acts committed with intent to destroy, in whole or in part, a national, ethnical, racial or religious group, as such: killing members of the group; causing serious bodily or mental harm to members of the group; deliberately inflicting on the groups conditions of life, calculated to bring about its physical destruction in whole or in part; imposing measures intended to prevent births within the group; [and] forcibly transferring children of the group to another group.”

That definition is obviously extremely broad to the point that it could encompass almost any warfare, even ideological, between two groups. Much of the wikipedia article “Genocides in history” deals with the back-and-forthing and partisanship of the label’s application for this reason. But that is indeed the official definition.

Here is Fair’s tweet with just a few words edited. You decide for yourself how the media would deal with a white male University Professor tweeting something like this (and let me be extremely clear in the disclaimer that this is published merely for the sake of  argument);

“Look at this chorus of entitled Muslim women justifying a serial rapist’s arrogated entitlement. All of them deserve miserable deaths while men laugh as they take their last gasps. Bonus: we castrate their corpses and feed them to swine? Yes.”

You should also note how dishonest even the websites considered centrist or “least biased” according to the most prominent media bias/fact-checking site are about this story in order to confect controversy.

The Wrap’s story was titled “Tucker Carlson Warns of White ‘Genocide’ After Georgetown Professor Calls for Castration“. Right, she called for castration as, in her words, a “bonus”. What she called for was the “miserable deaths” of a group of people because she has an open and proud bigotry toward their race and gender.

Leftist academics (which have proliferated intensely, squeezing out most moderate and right-wing academics in recent decades) produce various “slippery slope” type models to draw vague links between rape jokes and the enabling and promotion of actual rape. Below is one that was trotted out to me when I engaged in a discussion on “Rape Culture” and the feminist narrative;

What a strange looking pyramid scheme

Saying “boys will be boys”, unwanted touching and locker room banter are merely the building blocks the left claims lay the foundations for what they term the “Campus rape epidemic”.

Which is why it’s hysterical that they seriously hold there is not only nothing disgustingly wrong with the way Fair tweets, but even something heroic and commendable. Under the lens of their own logic, Fair’s tweets are evidence of an pyramid-shaped academic conspiracy to normalize anti-white racist rhetoric to commit genocide on white men. There is no right-wing equivalent to her tweeting behaviour that would be tolerated in academia.

People in media routinely blame Trump’s rhetoric for attacks on journalists. Yet they – journalists, media commentators or activists of the left – have never been made to carry the blame for the actual terror attack perpetrated by a Bernie campaigner “fueled by rage against Republican legislators“.

But of course it is true that if the left didn’t have double standards, they’d have no standards at all.

Georgetown University defended Fair in a statement Monday, asserting her right to free speech but adding that the university expects her not to be biased in the classroom.

“The views of faculty members expressed in their private capacities are their own and not the views of the University. Our policy does not prohibit speech based on the person presenting ideas or the content of those ideas, even when those ideas may be difficult, controversial or objectionable. While faculty members may exercise freedom of speech, we expect that their classrooms and interaction with students be free of bias and geared toward thoughtful, respectful dialogue.”

For a side awfully concerned about policing the use of language, they seem oddly unconcerned with one of their own making explicit incitements to violence based on unproven and slanderous criminal claims. They’re even less concerned with that person moulding the minds of future leaders.

The Brett Kavanaugh saga continues, with the senate set to vote on his confirmation tomorrow.

This article originally appeared in Pop and Locke.

Pop and Locke is a libertarian-traditionalist popular culture and politics blog bringing you news, opinions, analysis and reviews that cut through the mainstream mould. It was inspired by an appreciation for Western political and philosophical tradition and a fascination with our increasingly wacky popular culture. 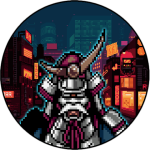