It has been great to see so many people gathered in cities around the world in support of Tommy Robinson after his arrest last Friday as well as members of the alt-media making efforts to provide information of his imprisonment and provide the real story.

However, this is only one side of the story. The petition to free Tommy is sitting at about half a million signatures and the UK has a population of about 60 million people. It makes one wonder why the majority of the population of the UK still see activists like Tommy as “evil, racist thugs.”

Obviously, we are talking about the mainstream media of the United Kingdom and how it has been waging a war against the right wing since the 1960s, using different techniques in their portrayal of activists and groups on the right.

With a focus on Tommy Robinson we are going to look at a few pieces done by media outlets in the UK and what techniques they use to turn the public completely against him.

Let’s take a look at this extract from Good Morning Britain where Tommy Robinson is “interviewed” by Piers Morgan and Susanna Reid in the wake of the Manchester terror attack last year. The interview is doomed from the start as you can tell both parties are in disagreement but watch how Piers Morgan uses personal attacks and brings up parts of Tommy’s history to ruin his credibility.

Tommy is repeatedly cut off when he tries to explain his views. He is called a bigot and a lunatic by Piers before he can finish any of his sentences. What is the point of having someone on a talk show if you are just going to insult them and shut them down.

Piers brings up the fact that Tommy used to be involved in a football hooligan group to ruin his credibility. Despite his history Tommy has proven to be quite well educated on these social issues including having read the Quran. What Piers leaves out is Tommy’s successful entrepreneurial ventures including owning a Sunbed shop. No, they have to focus on the negative aspects.

This is a really interesting video from a talk show in 2013. At least this time Tommy is allowed to have a bit of a say. However, the director of the show uses the camera positioning and clever use of vision switching to paint Tommy in a negative light. Notice how when the camera is on Tommy is it always looking down on him, depicting him as being a small man facing up against the majority.

With each cut to a person from the audience or the panel we are shown an angle that looks upon them as giving looks of utter disgust and disappointment. This is a cunning technique used to isolate Tommy, showing that he is the odd one out, suggesting his views are outlandish or primitive.

When talking about death threats he has received a woman from the panel is quick to blame the death threats on him stating, “because you are a racist and a bigot.” She expresses condescending facial expressions and body language, as if she is teasing him in front of a school yard. All without addressing any of the problems he brought up in a civilised manner.

For the rest of the video members of the crowd mock Tommy and call him a racist. He tries to defend himself against this claim, even though he shouldn’t really have to, which takes up the rest of his talking time. Instead of arguing valid points Tommy is forced to come up with reasons as to why he is not a racist.

He did manage to get one statistic in there regarding grooming gangs in the UK but that fell short on the room.

This final video, a short documentary published in 2013 by The Guardian entitled “The English Defence League Uncovered” is a slightly difficult one to talk about as the footage shown does depict members of the European Defence League acting violently. However, the documentary is very dramatized and while it shows a lot of far-right violence occuring it fails to show any statistics outlining the amount of violence caused by them.

At the very start of the documentary we are greeted with a menacing tone with shaky cam footage in a bus of EDL members kicking off, banging on windows and yelling racial slurs like “fucking pakki (Pakistani).” We then proceed to be shown the darkest side of the movement possible as footage of violent kick offs fill the screen. The narrator speaks in a grave tone as he discusses the history of the EDL. He does say that “the organisations leaders claim that it is peaceful and non-racist” however the camera clearly does show footage of multiple violent rallies.

Now this is not representative of the entire right wing, as right-wing activism is not just about violent rallies, just like the far left is more than just a violent movement. It’s very easy to find footage of activists getting violent and angry in events like this because after all politics does affect real life. Also, media outlets tend to focus on the more violent side of things as that is what gets the attention of the public. They look at the violence first, and after it’s over they search for the cause. Classic fear mongering.

I did some searching for a similar story by The Guardian on Antifa, you can probably guess what I found… Absolutely nothing. With one quick search on YouTube you can see tons of videos featuring Antifa groups causing insane amounts of destruction around the UK and violently attacking people on the street.

More than what we saw in the video from the Guardian where, aside from the over the phone death threats there was only really a violent energy in the crowds. I do not recall seeing any physical attacks. These videos of Antifa have been taken by people with smartphones, not people in the mainstream media who do their best to ignore violent acts from these people.

The interviews featured members of the EDL that you wouldn’t call the best public speakers. If you look at Tommy Robinson you can tell that he makes the effort to look clean and knows how to articulate properly. By putting the camera on people who aren’t good at public speaking of course you are going to get responses that don’t represent the characteristics of the group well. That’s why they aren’t the leaders of the group.

This documentary is effective as The Guardian can use it to further discredit the more intellectual figures on the right like Tommy. When people see him on TV and hear the words “racist” or “bigot” they immediately associate him with these more violent individuals who cannot control themselves as well as Tommy can, and the mainstream media and left leaning politicians and groups love it.

Many people are calling the UK a dystopian state after the arrest of Tommy Robinson last Friday. When one hears the word “dystopian” they think of a totalitarian government with a single dictator like the USSR. However, we forget that the people of the UK vote for laws against hate speech, they believe in the idea of hate speech and that it should be shut down.

Why do they believe this? They believe this because they are being brainwashed by the media to hate and fear people who they should not necessarily be hating and fearing. People who have not been given the proper chance to actually explain themselves due to some clever techniques employed by the MSM (main stream media).

Stay tuned for more on this subject. 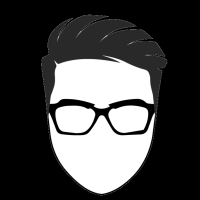