University of Technology Sydney has recently launched an online training course named Consent Matters, forcing students to complete the online training before they can receive their session results. This comes in the context of a continuing wave of feminist activism on campuses across the globe that call for greater awareness surrounding “sexual consent”.

This unusual ploy by UTS claims to work towards “[ensuring] all members of our community have a shared understanding of consent” saying it “can help if they see unacceptable behaviour.” This push comes part of a larger program launched by UTS to tackle “sexual assault and harassment” on campus, joining with other university campuses in Australia in the Respect. Now. Always campaign.

On the Consent Matters website, UTS informs students that not doing the course before study results released would brand them with a “Consent Matters sanction” which will prevent them from seeing their session results. The only way to repeal the sanction is by completing the course. If the training is completed after the deadline, it will take 72 hours before the results will finally be released.

Students have reported being concerned about the recent push, believing that the university has “crossed the line”. Joel Jammal, a student at UTS, completed the Consent Matters training but found the content laughable.

He says in his prepared statement: “My main primary concern with this threat by the University withholding its students marks … [is] the precedent that it sets for them to introduce other mandatory training tests”.

“There are merits to consent training in university … [h]owever, withholding student’s final marks until they complete their consent training and achieve 100% in the test for it? No UTS, you’ve crossed the line there.”

It is unclear how long the program intends to run for, appearing to be a permanent instalment going forward. 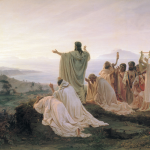 Daniel Gibbons is leader of the Young Australian Conservatives NSW, based in Sydney. He is passionate for political activism and national conservatism, advocating for greater social action and engagement from those of the political right.

He, like his parents, has lived in Australia his whole life. He was brought up a Pentecostal Christian, however lost his faith and became an atheist for several years, but has since returned after converting to Catholicism.