Buzzfeed has struck again with its usual left-wing shenanigans, this time by attacking one of our very own editors Damien Ferri for his question on last week’s Q&A program. The face of liberal fake news didn’t stop there, as it went on a rampage defaming Damien Ferri for his concerns about the Liberal Party’s contemporary left-wing shift, along with attacking his grassroots United Conservative Party.

The comments centre around Damien’s question to the Q&A panel, which was transcripted as:

“Damien Ferri from the UCP Young Conservatives, this question is to the panel but is specifically directed to Senator Patterson. Isn’t it the case that the many liberals crying disloyalty regarding Cory Bernardi leaving the party is a bit rich, seeing as many Liberals were disloyal to Tony Abbott when they removed him as Prime Minister, and isn’t it justified that senator Bernardi left considering the liberal party no longer stands for conservative values that are shared by a great portion of the electorate, but have continued to shift further to the left, causing many voters to support other parties such as the United Conservative Party and One Nation.”

A rational person would consider this to be a reasonable and constructive question, as it correctly points out the modern-day phenomena of traditional right-wing parties moving towards a more leftist agenda. Yes, some people, especially those on the left, would perceive the Liberal Party as becoming ‘far-right’, but that’s only because anything non-leftist is now “far-right” according to the regressive left. This is the exact same logic seen in the left’s constant berating of conservative politicians like Donald Trump and Cory Bernardi as ‘far-right Nazis’.

Immediately after Q&A finished at approx 10:37pm, founder of the far-left “Pr 4 The People” website, Serkan Ozturk, went on the attack by criticising the ABC for allowing Damien Ferri to appear on the show. First he claimed that Damien Ferri was a far-right extremist and that he was a member of Reclaim Australia. This however is not true as Damien has no connections to Reclaim Australia whatsoever. The only so called evidence that they claimed as gospel, was the fact that they found a photo of Damien at a Reclaim Australia rally. Damien Ferri was there, but was reporting for the Unshackled, rather than participating in the protest. Even one of Serkan’s facebook followers ‘Ha Meed’ said “What makes you say he’s far right though and anti-Muslim?” Serkan Ozturk responded by suggesting that Damien had spent 3 hours “cheering and hollering” in the sun about how evil Muslims were. He then, as seen in the screenshot below, discriminated against Damien’s age and appearance by saying that “racist hate must make you age quick.”

If that wasn’t bad enough, Serkan Ozturk decided to further attack Damien Ferri’s apperance. He suggested that Damien wore the same suit on Q&A that he did at the Reclaim Australia rally. This however is false, as one that isn’t colour blind could see that the suit he wore at Q&A was grey, whereas the one he wore at the rally was a tan colour. Regardless of Serkan’s poor eyesight, the problem remains that journalism could sink so low, especially from someone from the left that preaches tolerance, peace, and love. He describes Damien Ferri as the “richie benaud of racism.” Not only was Serkan’s assumptions false, but his bullying tactics show the lefts true colours, that they rather criticise a working class man, whom they say they represent, by suggesting that a person that wears the same clothes needs to find fashion. It proves that they don’t protect the people struggling, ones that can’t afford new suits every appearance they make, and this is why many are turning to groups such as One Nation & the UCP.

If we thought that was done and dusted, Serkan wasn’t quite finished in unleashing a crusade against patriotic Australians. He ensured that MSM Watchdog got a hold of his fake news, and they without checking the substance behind it, went with the lies. Not only did they play the leftist “let’s destroy conservatives” card, but as seen in the screenshot below, they compared Damien Ferri to terrorist sympathiser and criminal “Zaky Mallah”. Not only has Damien had a clean record, but even groups such as Reclaim Australia have not committed any criminal offences like Zaky Mallah did. This is why the mainstream media ignored their requests to report on Damien, as his only crime was to ask a question on Q&A that the tolerant left did not like.

The following day, extreme left-wing website “Buzzfeed” got light of the fake news and decided to take the bait by attacking alt-right figures. They criticised the Q&A program for allowing conservatives to post tweets up during the show, which only further highlighted their fascist intolerant attitude towards opposition. They went as far as to contact Q&A executive producer Peter McEvoy. McEvoy defended his decision to air the tweets, by telling Buzzfeed that they met internal guidelines and “added something to the discussion”. Finally when the program allows conservative voices to be heard, this is seen as blasphemy to the extremist left-wing, as they oppose other views being expressed as they cannot bare facing discussion, highlighting the flaws in their political ideology. Seen in the screenshots below, Buzzfeed continued the bullying and defamation of an innocent person, a conservative family man, that only asked a question based on the truth in reference to the hypocrisy of the Liberal Party, and the justification of Senator Bernardi’s departure due to the huge shift to the left that has taken place under Malcolm Turnbull. Although the right did have a voice on that particular show, Q&A still with the panel and audience was stacked in the lefts favour, but this still wasn’t good enough for them, as totalitarian concepts are the only acceptable way in their eyes.

Prior to the Buzzfeeds fake news article being released, at approx 1:16pm that tuesday afternoon, news political editor “Mark Di Stefano” contacted Damien Ferri. He messaged Damien over facebook at approx 10:24am, but Damien did not receive it due to the fact that it was listed as a message request and didn’t appear in his inbox. It was only later in the week that he found the message that Buzzfeed had sent to him. In the screenshot below, Mark Di Stefano asked Damien whether he was approached by “the producers or submitted the question?” Without Damien responding to his question, in the unprofessional manner that Buzzfeed is, they decided to make assumptions rather than getting the facts.

Since Mark Di Stefano was unable to get a response, he decided to ask Q&A producer Peter McEvoy. McEvoy was apparently quoted as saying that Damien “identified himself, and as a member of the party. But we didn’t seek him out.” Now either Buzzfeed has completely misquoted McEvoy and therefore out of unprofessionalism should shut down their deceitful and incompetent website, or McEvoy did say those words and was therefore unaware of the truth or deliberately told these trolls a white lie, so that he could get them off his back. The truth of the matter is that the UCP Young Conservatives were contacted via facebook and were invited onto the program. The Young Conservatives submitted their questions and Q&A were more than happy to give them airtime. They were invited purposefully due to the topics being discussed such as Cory Bernardi’s breakaway conservative group and the rise of One Nation. The United Conservative Party have all the evidence to back up this claim, and it has made Buzzfeed look rather foolish. Below is a screenshot of what they claim Q&A producer Peter McEvoy told them.

Now that the fake news has been straightened out, let’s return to the original issue at hand. At the start of the question Damien highlights the fact that many in the Liberal Party was crying disloyalty about Cory Bernardi’s departure, and that it was a contradiction to the many that were disloyal to ex Prime Minister Tony Abbott. One could not possibly argue against this point, as it is clear and simple. The next point he raised was that the Liberal Party had lost its conservative values and has leaped to the left under Malcolm Turnbull. One questioner on the show expressed the opposite view, that the Liberals had actually moved to the right. Damien made sure to dispute this claim, and the reasons why it isn’t true is that you have to look at the direction the party has gone under during Turnbulls leadership. The Turnbull team has continued to flirt with climate change and has pledged millions to the cause. They continue to support the Marxist safe schools program, the LGBT agenda, and are flirting with the idea of a gay marriage vote in parliament. MPs in the Liberals openly call themselves feminist, and also play to the minority privilege game that the left are so good at doing. They have continued to be blind to the threats that immigration pose to this country, and are unable to tackle on extremist elements in the Islamic community for the fear of being called racist.

On the final point of viable alternatives, it is clear of the impact the right are having in Australia and on a global scale. We have had Brexit, Trump, a rise of right wing parties in Europe, and also here with One Nation making a return to the political scene. Parties such as the United Conservative Party & One Nation aim to take a lot of dissafected votes from Australians that believe the major parties have let them down. People that believe that all 3 major parties are left-wing and provide no conservative voice. Many Liberal voters have shifted to these minor right-wing parties in an effort to send a message, that the silent majority are sick and tired of not being represented. Many working class traditional Labor voters also have made the move, citing the Labor Party’s shift to the left, by chasing Green votes rather than satisfying their base. The Labor Party no longer represent working class people, but have instead showed their Marxist colours, by advocating educational indoctrination programs, gay marriage, climate change in replace of jobs, and by playing identity politics. The Liberal and Labor parties are one of the same, and it takes guts for people like Senator Bernardi to make the move, especially when he feels his values are no longer being represented by the party.

The left have proven that anyone that doesn’t conform to their ideology is far-right. They would label even moderates such as the current Liberals to fit that description, even though the only thing conservative about them is their capatalist economic outlook and advocation for strong borders. The Liberals have remained competent on National Security, but they have failed on economics and social issues. To be a true conservative party, one must have all 3 issues covered. The 3 legged stool analogy that the great Ronald Reagan spoke of, proves this fact. This is why the right will continue to rise, and if the Liberal Party doesn’t step up and take responsibility by appealing to their base, then other alternative parties will. If you neglect the people you claim to represent, then come election time they will neglect you. The Liberal Party is on the edge of extinction, and any other party that follows the same path, will lead to the same fate. It is time for the people to have a representative conservative voice in parliament. It is time that parties stick to traditional cultural Australian values that this country was built on, as the fate of western civilisation depends on it. 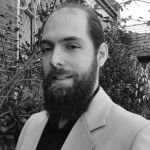