Controversial Queensland businessman turned politician Clive Palmer, has announced that he will be making a return to Australian politics at the next Federal Election. Palmer, who previously served as the member for Fairfax — an electorate which is located in Queensland’s Sunshine Coast, spent three years in Federal Parliament, from 2013 to 2016. According to Palmer’s Facebook account, the Executive Committee of his Palmer United Party confirmed on Friday that they would be running in the next Federal Election in order to contest every seat in the House of Representatives and the Senate in every state of Australia.

Palmer, who has been the subject of recent controversy in relation to his alleged mismanagement of resources company Queensland Nickel, has established a significant social media following over the last year, which has led to ongoing speculation of a return to politics. Yesterday’s announcement confirms this speculation, and Palmer’s return to the Australian Federal Parliament now looms as a genuine possibility. Watch this space. 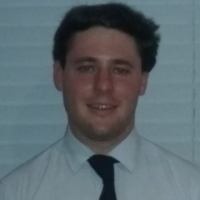